Kiawah Island, SC, October 25, 2019 – From Thanksgiving through New Year’s Day, Kiawah Island Golf Resort offers a series of events and celebrations. Throughout the season, the resort, nestled within a pristine subtropical barrier island just south of historic Charleston, assumes a festive air as it becomes guests’ holiday home away from home.

• Thanksgiving at Kiawah – The resort presents a diverse range of chef-prepared dining options featuring traditional Thanksgiving fare, but free from the hassle of cooking and cleanup. Guests are invited to round out the weekend with a series of fun, family-friendly activities such as a sand-sculpting competition, seasonal craft workshops (to get a jump on holiday gifts) and a low-key Turkey Trot. The weekend wraps up with the annual Tree Lighting Ceremony in The Sanctuary lobby followed by the highly anticipated grand arrival of Mr. and Mrs. Claus, who make gracious time to hear each child’s wish list. Visit our holiday section to explore the full range of special Thanksgiving offerings and events.

• Christmas at Kiawah – The Tree Lighting Ceremony at The Sanctuary officially heralds the Christmas season, and the entire resort becomes festooned with tastefully wrought holiday décor. Each Saturday leading up to Christmas Eve, the resort invites guests and the public to afternoon cookie decorating celebrations (call 843-768-6251 to reserve a place for this popular activity).
On Christmas Eve and Christmas Day, restaurants throughout the resort host festive holiday meals to properly ring in the season. Offerings range from Tomasso’s traditional Italian Festa dei Sette Pesci (Feast of Seven Fishes) on Christmas Eve to an elegantly sophisticated Christmas Day dinner at The Ocean Room. See our full range of holiday culinary offerings here.

• New Year’s Celebrations – Kiawah Island Golf Resort rings out the old year and rings in the new with three days of activities and festivities designed for guests of all ages. Get a one-day jump on New Year’s Eve with a Bonfire and S’mores at Night Heron Park and dance to live music. New Year’s Eve begins with a special Kamp Kiawah: Kid’s Night Out New Year’s Eve Bash at The Sanctuary, starting at the hotel’s indoor pool and culminating with a pizza party and video games. Both Jasmine Porch and The Ocean Room present special libations and dinner menus, followed by live music and cocktails at The Lobby Bar until 1:00 a.m. Guests stroll out onto the Grand Lawn to enjoy a fireworks display over the Atlantic Ocean. On New Year’s Day, shake off the cobwebs with a special brunch at Jasmine Porch, followed by a bracing Polar Bear Plunge in the Atlantic and 5K fun run on the beach.

Guests can begin making their holiday plans by visiting our holiday events page.

“We are excited to welcome Heidi to lead the efforts of our Sales and Marketing team,” said Kiawah Island Golf Resort President Roger Warren. “Heidi has amassed an impressive track record in marketing communications, sales and operations for one of the world’s most recognizable luxury hospitality brands, and we have full confidence in her ability to bring a renewed vision to this vital role, particularly during this exciting time of growth and expansion.”

A native of Cleveland, Ohio, Nowak has built her entire career in the hospitality industry, most recently as Director of Sales and Marketing at Hotel Bennett, a newly opened Salamander Hotels & Resorts property in downtown Charleston, South Carolina. Prior to that, she worked for 23 years for The Ritz-Carlton Hotel Company. She served for two years as Director of Sales and Marketing for the luxury chain’s Grand Cayman property. She held the same role for nearly seven years at The Ritz-Carlton, Charlotte, where she directed all pre- and post-opening sales and communications initiatives. She previously served in the company’s properties in Bal Harbour, Florida; Washington, D.C.; New York, New York; White Plains, New York; Detroit, Michigan; and Cleveland, Ohio. Nowak began her career in sales and marketing at The Ritz-Carlton in Cleveland, where she quickly rose in the ranks.

Nowak earned a Bachelor of Arts in Communications and an M.B.A., both from John Carroll University. 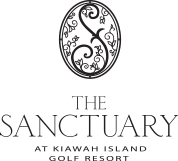 Kiawah Island, SC, February 25, 2019 – The Sanctuary at Kiawah Island Golf Resort has received the highest ratings from two of the world’s most respected authorities in the hospitality industry. In January, AAA announced that The Sanctuary ranks among its select group of Five Diamond Properties for the thirteenth consecutive year. Last week, Forbes Travel Guide announced that it has awarded Five Stars to The Sanctuary. This is the eleventh consecutive year the luxury property has earned the distinction of being the only Forbes Travel Guide Five Star Hotel and Spa in South Carolina.

“For AAA and Forbes Travel Guide to recognize The Sanctuary in this manner reflects the dedicated effort of every employee that makes up my team,” said The Sanctuary General Manager Bill Lacey. “Each of these committed, passionate professionals fulfills our mission to provide every guest with an unparalleled experience that is caring, gracious and genuine.”

The Forbes Travel Guide star ranking system is recognized as the international gold standard for rating the hospitality industry. Forbes inspectors anonymously visit hotels and spas that potentially offer the level of service and facilities to qualify for a minimum of two nights. During their stay, the inspectors evaluate each property’s service and facilities based on up to nine hundred objective standards. Inspected properties must score a ninety or higher to earn Forbes Five Stars. Of the more than fifty thousand total hotels in the U.S., The Sanctuary is one of only seventy-nine to earn Five Stars from Forbes Travel Guide. Only two hundred ten properties worldwide attained a Five Star rating in 2019.

AAA annually awards either Four or Five Diamonds to the most distinguished hotels and restaurants throughout the U.S., Canada, Mexico and the Caribbean. Inspectors visit hotels and restaurants to determine which are “AAA Inspected & Approved.” Of these, in 2019 AAA awarded Five Diamonds to only eight-five throughout the U.S., a distinction that recognizes those AAA Inspected & Approved properties that provide the ultimate luxury.

The Sanctuary is one of only forty-seven properties in the U.S. to attain both Forbes Travel Guide Five Stars and AAA Five Diamonds.

ABOUT KIAWAH ISLAND GOLF RESORT
Located along 10 miles of pristine beach less than 30 miles south of Charleston, S.C., Kiawah Island Golf Resort consistently ranks as one of the country’s top resorts. It includes The Sanctuary at Kiawah Island Golf Resort, the resort’s ultra-luxury 255-room hotel and spa – and nearly 500 private villas and luxury homes, five championship golf courses, including The Ocean Course, host of the 1991 Ryder Cup, the 2012 PGA Championship and upcoming 2021 PGA Championship. For 10 of the past 12 years, the resort has ranked as the number one tennis resort in the world by TennisResortsOnline.com, and features an award-winning recreation and nature program. Beginning spring 2018, Kiawah Island Golf Resort launched a three-year development that will greatly enhance the resort’s already world-class amenities.

The 103rd edition of the Championship 2021 returns to the renowned Pete Dye-designed oceanfront layout in South Carolina after its first visit in 2012, when Rory McIlroy captured the Wanamaker Trophy by a record-setting margin. The Ocean Course is one of four venues to host each of the PGA of America’s major championships – The Ryder Cup (1991), the Senior PGA Championship presented by KitchenAid (2007) and the PGA Championship. The Ocean Course also hosted the 2005 PGA Professional National Championship.

The PGA Championship also is the only one of golf’s four majors to be hosted in South Carolina. The announcement was made with Kiawah Island Golf Resort Chairman Bill Goodwin

The PGA Championship, the only all-professional major, features one of the deepest international fields in golf. Since 1994, it has perennially featured the most top-100 players in the Official World Golf Rankings of all golf Championships.

The Ocean Course has more seaside holes than any other courses in North America — 10 along the Atlantic Ocean with the other eight running parallel to those.

Designed from a ribbon of pristine sand dunes stretching nearly three miles along the Atlantic Ocean at the eastern end of Kiawah Island, The Ocean Course is par-72 layout that can be extended to 7,676 yards and is reminiscent of the great seaside links of England and Scotland.

If you need a particular photo for reproduction, please contact our Director of Public Relations Bryan K. Hunter and you will be given a URL to a website where you can choose the photos. If you are a meeting planner designing a brochure, the resort requires to see a proof before publication.